The branches of nearby trees have started to grow directly over the tanks.

If you currently keep your molasses tanks outdoors in an area of your farmland where there are several trees and some of the tree branches have begun to hang directly over the tanks, then it may be worth moving these tanks to a different part of your farm. The reason for this is as follows: every time you open the lid of the tank in order to refill the container with fresh molasses, there is a risk that bird droppings, dirt and other contaminants from the overhanging branches may fall into the opening at the top of the tank.

Even a small number of contaminants entering the tank could lead to the proliferation of pathogens in the fresh molasses. This, in turn, could not only result in you having to replace the molasses (as it could be dangerous to feed your farm animals this contaminated food) but it could also lead to you having to spend a significant amount of time emptying and sanitising the tanks before you get them refilled. In addition to taking up valuable time that might be better spent on other work tasks, this unexpected cost could negatively impact your farm's profits.

Whilst you could cut off the branches that are hanging over the tanks, this is only a short-term solution, as the branches will grow back over the course of a few months. In this situation, it would be better to simply move the tanks to a different area of your farm, where there are no trees nearby.

Rust has developed on the tank's metal components.

Most molasses tanks are made from a special type of highly durable plastic. However, these tanks also often contain components which are made from metal. If it rains quite regularly in the region where your farm is located and you keep your molasses tanks outdoors, then it is possible that their metal components may rust when they come into contact with rainwater.

If this happens, you may need to replace the rusted parts in order to restore the tanks' functionality. However, if you do not move the tanks indoors after carrying out the replacement work, the newly installed parts will most likely end up rusting and needing to be replaced again in just a few months' time. This is the reason why you should move your tanks to a sheltered location (such as one of your farm sheds, for example) before replacing any rusted components. 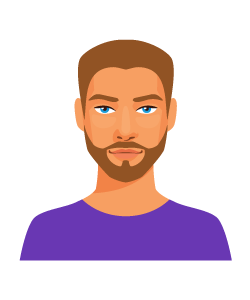 Hello! My name is Simon. I live in rural Australia. However, I haven't always lived out here. I grew up in the suburbs of Sydney and for the first 40 years of my life, I was a true city boy. I enjoyed living in the city at first but as I got older, I realised that I wanted to make a change. The noise and hectic lifestyle associated with city living no longer worked for me. I moved out to the countryside and decided to start farming. I didn't know the first thing about farming when I arrived but thankfully, my neighbours have taken the time to teach me everything I need to know.